Our non-profit community-run festival screens contemporary and classic LGBTIQ+ themed films in Geelong through an annual film festival and a series of special screenings and events.

Classification
The Classification Board grants GPFF special customs and censorship clearances that mean all audience members must be 18 years or over except where indicated.
Concession
Full-time students, pensioners, unwaged, seniors.
Access
The Pivotonian and Platform Arts and Village Geelong are wheelchair accessible.

For our 2021 festival all online on-demand screenings come with optional captions that can be switched on and off.

The Pivotonian and Village Geelong have assisted listening via an audio loop.

The festival would not be possible without our sponsors and partners. Deakin University are our principal sponsors.  The City of Greater Geelong support the festival through the Creative Communities grant program, Provincial Media our media partners designed, produced and sponsored our posters and this program. WorkSafe Victoria and Thorne Harbour Health have supported GPFF with session sponsorship and as Gold Sponsors. The Pivotonian Cinema, is the home of the Geelong Pride Film Festival showing diverse and high quality independent cinema year round.  Selected programming has been developed and provided in collaboration with the Melbourne Queer Film Festival. Platform Youth Arts and Village Cinemas Geelong are our secondary venue partners. Piano Bar is the official bar of the festival and are Gold sponsors in 2019 hosting our program launch. Geelong Rainbow Inc and Geelong Cats Pride Supporter Group are our Community Supporters. And to all the many other sponsors listed in this program, thank you for your support. Contact us at geelongpridefilm@gmail.com.

The 2021 Geelong Pride Film Festival Screenplay Commission is now closed for submissions. The commission will be announced later 2021.

Congratulations to Andrew Blogg the recipient of our 2020 LGBTIQ+ Short Film Screenplay Commission for his short film DARYL which is expected to go into production in 2021.

DARYL is the second instalment  of a trilogy of short films STUART DARYL ANTHONY.  The selection panel praised Andrew's screenplay for its poignant, emotive and humourous exploration of complex characters.

The $500 commission from Geelong Pride Film Festival will assist the production. of the film. This year's commission was supported by the City of Greater Geelong  Creative Communities fund.

This year's finalists are also commended for the original and creative screenplays including  'And Then We Met' by Michelle Douglas, 'Butterflies in December' by Megan Ellis, '3 Minutes' by Wesley October and ANTHONY by Andrew Blogg - Andrew Derham Blogg

Geelong Pride Film Festival 2021 was held from 14 April to 16 May 2021 including 15 in-person screenings at the Pivotonian Cinema and Village Geelong and an online festival.

Gay Chorus Deep South - October 2020
Same But Different - October 2020
Celebrating Elders - October 2020 - (A Rare Breed, Growing Older As Me: Cat, My Uncles, Out of the Closets and Into the Streets, Arth, Two Words, Till Death Do Us a Party, Time and Again)
Happy Endings  - October 2020 - (Life is Fine, 6:23 AM, Boldly Go, Kelly, The Curse, The Choice, Heaven, Misdirection, Pretty Boy, I know Her, Cocodrilo)

GPFF wishes to acknowledge that the Geelong Pride Film Festival is held on the traditional lands of the Wadawurrung people. We acknowledge them as Traditional Owners and pay respect to their Elders, past and present. 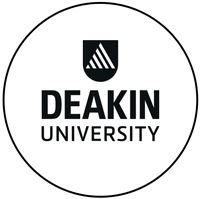 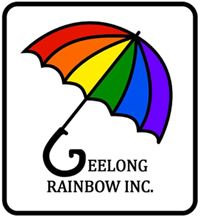