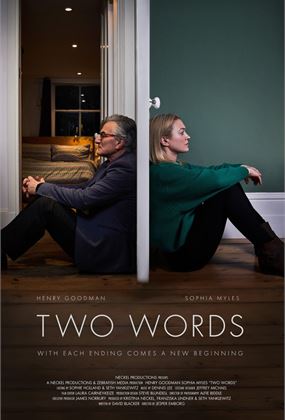 Sold OutNormal
Rainbow Shorts - 2021
The Pivotonian Cinema
130 Mins mins
A collection of short films that celebrate the LGBTIQ+ rainbow. Presented as part of the Geelong Rainbow Festival in Partnership with Geelong Rainbow Inc.Limited tickets available to allow for social...
$0.00 to $16.00
View
Trailer
Wishlist

Selling FastNormal
Supernova - Cinema
The Pivotonian Cinema
Sam and Tusker are traveling across England in their old RV to visit friends, family and places from their past. Since Tusker was diagnosed with dementia two years ago, their time together is the...
$0.00 to $16.00
View
Trailer
Wishlist

This session is presented on demand and will be available to view from 23 October to 3 November. Unclassified 15+ - you must be over 15 to purchase this on demand screening. Click here for more information on streaming restrictions and click here for streaming FAQ.

A Rare Breed
Rob is a world-renowned chicken breeder from Tasmania who has travelled all over the world to exhibit his chickens, as well as his own body.
Director: Thomas José Field, Australia, 2019, 11 Mins, English, Intersex

My Uncles
A documentary that tells the story of three Australian men: John, Michael and Graham.
They talk about their individual journeys, the fear of being arrested and the discrimination they received from society. They open up about the good times through the years including John and Michael's marriage after 40 years together.
Director: Laughlin O’Connor, Australia, 2019, 14 Mins, English, Gay

Out of the Closets and Into the Streets
In 1970s Melbourne, Australia, a group of students made a stand for gay pride at a time when homosexuality was criminalised and discrimination and abuse was widespread. When being gay meant hiding your true self. Where the act of coming out was a radical form of protest.
More than 40 years on, Gay Liberation Front members are community elders and they reflect on the impact of those days.
Director: Jary Nemo, Australia, 2016, 12 Mins, English, LGBTIQ+

Arth
Arthur is a carpenter living a quiet life in rural Wales with his sister. That is, until he discovers a new device that could change his world forever.
Director: Amy Daniel, United Kingdom, 2019, 11 Mins, Welsh with English Subtitles, Gay

Two Words
A dramatic account of grief and self-realisation, when 64-year old Gavin reveals to his grown-up daughter, Victoria, that he's been living a lie during his 35 years of marriage and now intends to be true to himself.
Director: Jesper Emborg, United Kingdom, 2018, 23 Mins, English, Gay

Till Death Do Us a Party
After coming to the conclusion that their friend's funeral didn't live up to who she was, Ethel and Margaret decided they'd like to be in charge of how they go. This film was an audience favourite from our sold out Rainbow Shorts screening.
Director: Shirmaine Ong, United Kingdom, 2019, 7 min, English, Lesbian

For a Festival Pass ($45/$35) including every session click here